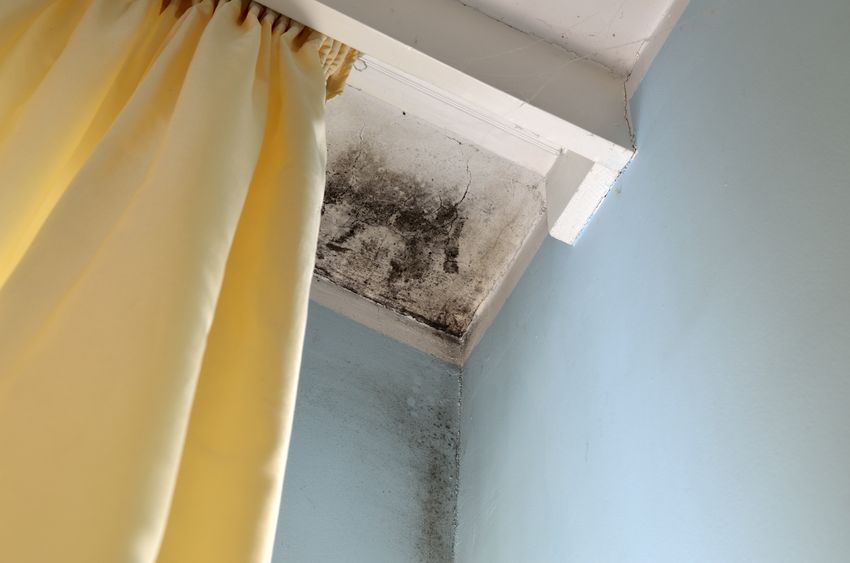 Mold is something we get to deal with a lot here in roofing. We have been called more lately with people who have had this issue due to, well, the recent rains.

In order for mold to grow it needs darkness, moisture, and something to consume, like wood, cloth, drywall, carpet, hopes and dreams, etc. Mold does NOT like sunlight and dry areas.

All mold is bad. It’s unhealthy to be around. The health problems that are developed from mold exposure are primarily respiratory. I could try to elaborate more on this, but this site here seems to break it down pretty well:

Primarily, I’m going to be talking about Black Mold here.

Black mold causes serious health issues. Again, dark, damp and something to consume… well, this is a post about mold so things aren’t going to be pleasant and clean and happy so… your lungs. That’s where it can grow. It effects children first, then animals and then adults. Having difficulty breathing is symptomatic. If it starts to happen to you or others who live in the same space as you all at once, you may have an issue. It’s difficult to note the “smell” of a place you live in, since you live there and you’re used to it.

Or, according to the almighty Google:

“The most common black mold symptoms and health effects are associated with a respiratory response. Chronic coughing and sneezing, irritation to the eyes, mucus membranes of the nose and throat, rashes, chronic fatigue and persistent headaches can all be symptomatic of black mold exposure or black mold poisoning.”

(We need to build a Church of Google. Free WiFi for believers only.)

The way black mold gets into the air is it “spores.” Imagine boiling water and the steam coming off the surface, but instead of water, it’s the mold and the steam is more mold… mold spores. Spores as in microscopic mold babies, flying away for the first time, seeking out a life in the cold, damp world to start anew in something’s respiratory system.

A house with mold in it smells “musty” or anything close to that. There’s really not a good way to put it other than that, but there’s a smell to it, and it’s odd. It’s also important to remember that people get used to the unique scent of their own homes and don’t notice changes. If I remember correctly from my own childhood, the homes of all my friends had their own “smells” to them, as did mine, apparently. What I am saying here is trust the input of others who come over. If they inquire as to an unusual scent in the home, something different, trust them because they’ll know better than you.

Black mold is, well… black. And fuzzy. It can look like a charred burn mark, like a fire was present there recently and scorched the wall/attic/whatever.

Black mold can come from a variety of specific factors, but basically it’s the same: moisture, darkness and food. How to deal with it is simple: a flamethrower. Burn down everything and start over.

OK, maybe not… that really. No fire.

If you find the blackest of molds:

-scrub with a scrubby pad

-Make sure to ventilate the area well- open windows and doors, fans, etc.

When you clean mold, is spores more. Super-sporage, if you will. Hence the bolding of wear a face mask, eye protection, and gloves. This seems elaborate, but trust me, it’s necessary.

This process above is, however, a temporary fix.

When you see a little black mold somewhere, it’s kind of the same as cockroaches, rats or CVS pharmacies: you’re seeing a small part of a larger local presence. More needs to be done.

The best way to deal with black mold permanently is Vacate The Premises Immediately, and I am serious about that. Then call a Remediation contractor. They have tools that can gauge the amount of spores in the air and determine the extent of the problem. They’ll ask questions and do an inspection to understand where the issue is.

(Sidenote: I am not trying to put the fear of God into you about black mold. It doesn’t necessarily act like a virus in that once it gets into you it multiplies and grows and you’re screwed. If you “catch” it, and then leave, it can go away. Trust in your body’s natural defenses. Constant exposure is the fear. It is not a bad idea to check in with the doctor, however.)

The reason why you want to call a roofer for mold growing in the roof/crawl space/Up There is because roofers know how to deal with, well, the roof. General Contractors don’t really. Nothing against GCs at all, it’s just that roofing is an art in and of itself, and requires a “sixth sense” in a way to be dealt with correctly. GCs are wonderful for, well, pretty much everything else. I personally worked with one for a summer and there was little he did not know how to address when it came to home maintenance. Fixing faucets, removing termite damage, painting, electrical work, concrete, and so on. It was impressive.

As for us, here is how we take care of the roofing situation when mold is going on:

Say we get a call from someone who has black mold growing underneath their roof. We come out and open the roof up and expose it to sunlight, first thing. While we are there, we will strongly suggest we take care of your insulation as well. We also know someone who can come and seal, repair, or replace air conditioning ducts too, which we’ll also recommend.

We have a $15,000 dollar weapons grade vacuum cleaner that I like to think is called “The Event Horizon” (no, not the movie. It has to do with black holes in space, that suck everything up around them. GOOGLE IT!) which not only can suck the color out of the sky but also has a stainless steel turbine inside that shreds all that which it consumes. And, again, this is not the clean happy type of post… such things consumed can include either living or dead rodents, such as mice and rats, the nests they make, as well as bugs… you name it. Don’t think about that one too much, but… yeah. The cleaner has an industrial grade bag that we seal up, keep in our dump truck and haul off to a hazardous material disposal site.

Okay, so say all that happens. The attic/crawl space is super clean. The ducts are sealed. Here’s the thing about all this: since the roof is open, it is so much easier to do all this for us, as well as assisting in the mold issue. A lot of the expense that would come from doing this stuff normally is due to how hard it is. Crawling up in the attic with a vacuum cleaner, making sure you don’t poke a hole in the ceiling, having good lighting… etc. It’s a royal pain in the ass.

However, if we open the roof and take care of ALL of that at once, it’ll be a package deal with a discount. We don’t have to crawl or worry or not see what we’re doing- the roof is open. It’s a thousand million times easier, and as a result: cheaper!

*gasps from the crowd*

So, once the seals are duct and the vacuum is insulationed… or… the ducts, are sealed and… whatever… we then douse the space with Lysol to remove the smell. We then spray new insulation in, and put on a new roof… and afterwards, ALL of that is taken care of, and you won’t have to worry about it at all for a long, long time. Yes, of course, it’ll be expensive, but far cheaper than if you had all that done individually over time in whatever order.