So, the El Nino scare (pretend there’s the little squiggly line above the N there) got everyone… ah… scared. In terms of roofing, at least.

One of the many funny things about roofing is how the work goes along with the weather patterns. Which in a way is nice, because during the summer it doesn’t rain, and it’s also hot… so, take how hot it is, multiply that by A BAGILLION, and that’s how hot, more or less, it is on top of a black shingle roof. And there aren’t a lot of roofing jobs in the summer.

Since we’ve had little to no rain whatsoever the past few years down here in good ole’ Los Angeles, very few people have called about their roofs. And, of course, it’s difficult to know your roof has a leak if it isn’t raining.

Furthermore, if someone knows their roof needs work, but it’s summer, not raining, and getting the roof fixed is expensive, that someone is probably going to put it off. Understandable.

Then the Smart People came out and said this years El Nino is going to be epic. Noah’s Flood type stuff. Actual solid walls of water instead of normal rain crashing down upon the good and evil alike, washing away our sins and roll-away trash cans. Cars too. Homes… possibly… everything.

And everyone FREAKED. Sorta. Well, not really. It was more along the lines of “Well… time to deal with this.” Not a lot of freaking that I recall, actually.

Within 2 weeks or so after the news started covering El Nino, the amount of calls we got jumped noticeably. And then… it rained.

Maybe about three days after the rain hit (it only rained for a few days I recall, but it was a pretty heavy downpour, even by Everywhere Else But SoCal standards) we got maybe around 100 calls. It was apocalyptic from my end. People’s ceilings caving in, rows of tiles sliding off, gutters collapsing… etc.

We’re still catching up on all the work that came from that. We’re about 1 month out on the work schedule at the moment (as of 2/24 in the year of our Lord 2016) which, actually, isn’t that bad at all. Other companies I’ve talked to are sometimes 2-3 months out.

Here’s the thing: the roofing industry went through the drought, with the drought. Everyone in the world of roofing downsized in order to stay in business. Then all of a sudden the work load increases to levels that would keep a company 4-times our size busy for months to come. Also, remember the recession back in ’08? There was a drought then too. So, double-whammy for roofers, and the effects of that are still being felt. Luckily, we don’t only do roofing. We are licensed in solar, insulation, gutters, and general contracting as well. So, when roofing slows down, we shift gears a bit and keep rolling. Diversity of ability is never a bad thing.

We get calls from a variety of places, mostly within, I’d estimate, a 20-mile radius of Monrovia, CA. And when work is slow, we oblige people further away. But when the workload multiplies in the local area, driving a long ways becomes impractical due commute time, primarily, mainly because just in the amount of time it takes to get to Monterey Park and back alone, a job in Arcadia could have 3-4 hours of work done on it. So, when things get like this, I just refer people to companies I know of or seek out that are closer to them. I do this to built a rapport with other companies and also to not leave people hanging. I don’t like to turn someone down without helping them out a bit.

So, I would call those companies first to see what their work load was like. Same thing, everywhere. Everyone was (preemptive intended pun alert!) flooded. I even talked to one guy down in Torrance who stopped advertising completely. However, most of the other companies would still take the referral simply due to close physical proximity.

Most might think this is a good thing, yes? Lots of work for everyone!

Yes because lots of work. Going Out Of Business disappears off of the Possibility List. No because it takes us a while to get to later jobs. Well, just hurry up then, right?

Again, our work load is normally FAR less than what it is now simply due to the fact that water fell from the sky in a big way for the first time in many years. And the drought. And the recession… etc. This is saying something, too, because work has been steady for a long time.

Another interesting issue we dealt with at first was the fact that all of the supply companies for roofers also came along for the ride during the downturn(s). When the El Nino scare hit, they started running out of materials. Simple stuff, like granules and shingles. These were things they had a few months worth of surplus stored up, and all of a sudden, everyone in the roofing world needed it, and needed it yesterday. Then the suppliers of the suppliers were strained too. Funny how that works, eh?

Basically, the result is sad kittens. They are sad because their masters who work in roofing cannot feed them because there is no work to pay for food for the cute little sad fluffy kittens. Which makes Uncle Sam angry. 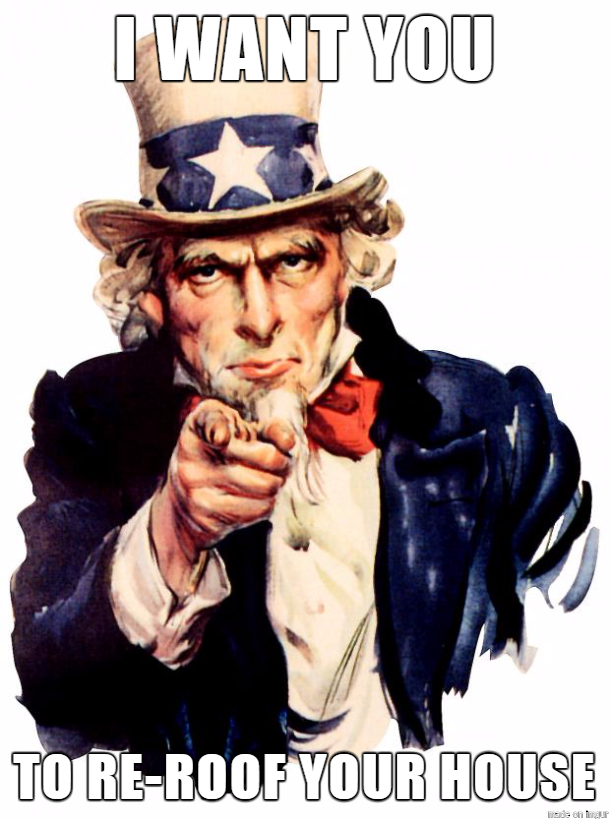 Think of the kittens.

We don’t have sad kittens here at Garvey Roofing Inc., though. We’ve diversified! Our kittens are plump and happy and running around outside killing vermin and insects and bringing them inside and leaving them on the kitchen floor so you can step on them barefoot at 2 AM. Better than stepping on a LEGO, though.

Okay so… in all this, here I am, a humble guy with a computer and a cell phone making weird blog posts, wondering if this El Nino is actually going to arrive or not.

We get weather forecasts faxed to us every day here in the office, and they are accurate. As of right now (2/24 in the year of our Lord 2016) there isn’t any rain forecasted at all for the next 7 days. (Okay evil squiggly red line, “forecasted” is a word. No! Bad! Don’t give me that look. No, I don’t mean “foretaste”, although that would make sense, actually. I know that you, lovely reader, aren’t seeing these evil little red lines, but believe me, they are there.)

But yeah… no rain. I’ve looked into it myself and I haven’t seen anything yet as to why it hasn’t arrived. And by looking into it, I mean I Googled it. If it isn’t on Google, it doesn’t exist. So… where’s the rain, man?

According to local legend, there was an El Nino back in ’89 that showered it’s love upon the land a few months after schedule, maybe late March/early April. So, that could happen. Here’s me hoping, because we need some rain here in SoCal for sure. If anything, the L.A. river needs to be cleaned out of all trash, derelict cars and abandoned shopping carts again here soon.

Overall, it’s not a bad idea to fix the roof anyways. Yes, it’s expensive, but if done correctly, they last a long time and you don’t have to worry about it. Keep your paperwork though! Warranties are good things!

That’s about it for today. I forgot about my promise last post to share stories of successful jobs and some dude who shoots his fireplace. Tomorrow, my loyal readers. Tomorrow.

Join the Many Homeowners in California Using Solar Roofs to Power Homes
December 30, 2019

Turn Your Roof into a Natural Rain Harvesting System
December 14, 2019